The Savannah Jewish community, while small in numbers, is incredibly responsive to needs wherever they occur, whether fires in the West coast, flooding in Louisiana, or emergencies in Israel.  Your generosity continues to address emergencies, wherever and whenever they occur.

The Savannah Jewish Federation recently received an update from our national organization, Jewish Federations of North America’s Israel and Overseas department.  In that letter it spoke about how “the blast of the shofar summons us to ‘answer the call’ – to respond to all those in need of food, shelter, comfort, or connection to Jewish community.”  That is why when Jews are in trouble, anywhere in the world, the Jewish Federation system steps in to help.

While it seems like the distant past, in was only this past May when we reached out to the community to support the needs of our family in Israel during the “Operation Guardian of the Walls” crisis in Israel.  In just three days (nationally) $1.6M was raised for the most urgent needs (with over $3M being raised ultimately).

Even as violence continued, ‘capacity’ funds were immediately disbursed to partners in Israel including to the Jewish Agency’s Fund for Victims of Terror which disbursed support to families whose homes were directly hit by missile fire (and were defined as uninhabitable), civilians who were moderately or seriously injured (and required hospitalization), and to families who lost a family member.  The majority of the funds were distributed to those living in the center of the country (most directly affected by the violence).

Imagine being a new immigrant (almost exclusively from Ethiopia) living in absorption centers.  Imagine the stress of living in Ashdod, Ashkelon, Kiryat Gat and Be’erSheva and have a state of emergency with missiles flying over your head.  Funds were provided for immediate support and therapeutic interventions (with significant support being provided to high-risk immigrants).  Funds from JFNA ensured that Israel's newest citizens and professional staff were given critical relief from the intense experiences of the war.

During Operation Guardian of the Walls much of the country was in the direct line of fire from Haifa in the North to Mitzpe Ramon in the South. The unprecedented attack on Israeli civilians which included over 4,000 rocket launches leading to frequent – and in some locations – incessant warning sirens, and the reverberations of IDF activity in Gaza created severe physical and mental challenges for local populations.  Many families nationwide faced a new reality, compounded by the prior stress of COVID-19. In the aftermath of the conflict, providing trauma care and emotional first aid has been a high priority from our funded partner, Israel Trauma Coalition, to ensure that the number of people who suffer from full-blown Post Traumatic Stress Disorder is minimized.

Firefighters, rescue workers, local Crisis Response Teams, property disaster assessors and other first responders worked tirelessly during the escalation.  In the aftermath of the recent conflict, ITC is providing self-help courses, resiliency workshops, and individual and group therapy to teams helping them to find the strength they need to continue to provide their dedicated service.

The Jewish Agency was also awarded over $500,000 for emergency preparedness and response including renovation of three Absorption Center Bomb Shelters and new essential First Aid packages.

And this is just the tip of the iceberg.

During these Days of Awe, these Days of Reflection, during a time when we assess what we have done in the year past and how we will act and respond in the future, our community can be proud, very proud, of the difference they have made in the lives of our family in Israel. 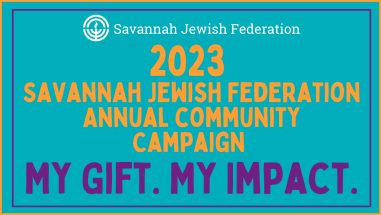