Congregation Mickve Israel was founded in 1733 by 41 Jews arriving in the new colony of Georgia. In 1790, the congregation was granted a charter from the State of Georgia, confirming it as the third oldest Jewish congregation in the United States. With a gothic synagogue in the heart of Savannah's Historic District, Mickve Israel remains today an active spiritual community, affiliated with the Reform movement. 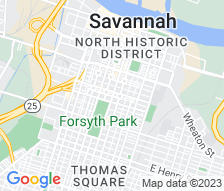