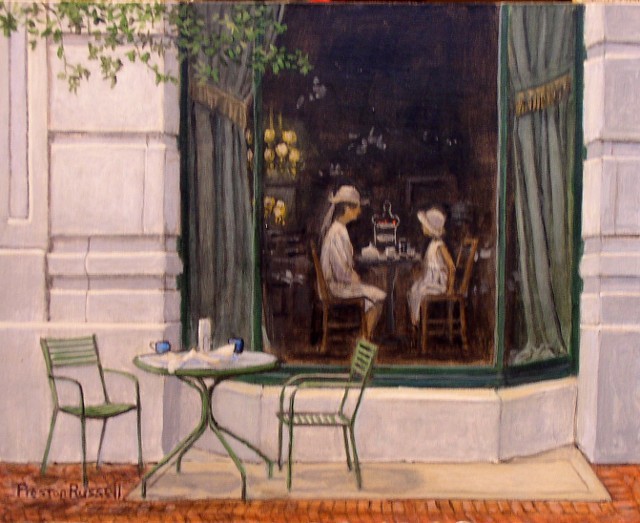 Preston Russell is a painter, historian, and writer in Savannah, Georgia. He is a founding member of Gallery 209. In 1976 the French government chose three of Russell’s works for the American Artists in Paris exhibit. Preston has had many southern shows, his works being in homes throughout America and Europe. They are also acquired in museums including the Telfair and Morris Museums, as well as Georgia Southern University. Eighty-five of his paintings are available in his book: The Low Country From Savannah to Charleston.